A male salmon shark with two tags shortly before his release back into the sea. Photo courtesy Sabrina Garcia

Who knew that the great white shark’s smaller cousin routinely makes its home in Alaskan waters? We’re talking about the salmon shark (Lamna ditropis). The salmon shark ranges from the Bering Sea to the Sea of Japan and from the Gulf of Alaska south to Baja California. Believed to be the most endothermic of the lamnid sharks, which includes the great white, makos, and porbeagle sharks, salmon sharks can maintain their internal body temperature up to 21°C above ambient water temperatures. Given their ability to withstand cold ambient temperatures, salmon sharks may be one of the more northern dwelling sharks in the world and have been caught as far as 67°N – above the Arctic Circle.

Two different tags are used for this project. One tag, called a SPOT (Smart Position and Temperature transmitting tags, Wildlife Computers), transmits the shark’s daily location when it is finning at the surface. The SPOT tag is mounted to the dorsal fin of the shark and has wet/dry sensors that indicate when the tag is at the surface and should transmit a location. The second tag, called a PSAT (pop-up satellite archival tag, Wildlife Computers and Microwave Telemetry), collects and archives data on depth, light, and temperature and pops-off on a scheduled date, floats to the surface, and transmits archived data via satellite to a computer. The PSAT is attached to the musculature in the shark’s back using stainless steel dart tethers.

Two male salmon sharks have been tagged as part of this opportunistic effort. The first male was tagged in 2017 with a PSAT near St. Lawrence Island in the Northern Bering Sea. That male shark carried his tag for 12 months while the tag collected its data. The tag successfully popped-off in September 2018 and provided the longest known track for a male salmon shark (the previous record was 26 days by a shark tagged in Prince William Sound). Light level data collected from the tag allowed us to reconstruct the shark’s daily position using local sunrise and sunset times coupled with sea surface temperature data.

This shows a male salmon shark's circuitous route from the Bering Sea to the Gulf of Alaska and back over about a year. After tagging in September 2019 just south of St. Lawrence Island (light blue dots) he traveled south to the North Pacific (dark blue) then moved north and west in late fall (green). The red dots show his location in February 2020. He moves back to the Bering Sea in early summer (yellow).

A second male salmon shark was tagged just south of St. Lawrence Island in September 2019. The 2019 male salmon shark was equipped with both a SPOT tag and a PSAT. Double-tagging the shark allows us to collect high-quality location information from the SPOT tag in addition to depth and temperature data from the archival tag. Furthermore, we can use the high-quality location data from the SPOT tag to verify the location data derived from the light level readings of the PSAT. The 2019 salmon shark has been transmitting daily locations since he was tagged. To date, he has traveled from the Bering Sea to the Emperor Seamount, east to the Gulf of Alaska, and back to the Bering Sea. The SPOT tag should have enough battery to provide another two years of location data and we are excited to see how his migrations look from year to year. The 2019 PSAT is scheduled to pop-off in early September 2020.

We have more tags in stock and are hoping to deploy them on sharks caught during future surveys. Although we have only deployed two tags to date, the two male sharks of similar size tagged in the Northern Bering Sea had completely different tracks. There is so much to learn about this iconic Alaskan predator.

This project is a collaboration with and would not be possible without: Sabrina Garcia (ADF&G), Cindy Tribuzio (NOAA), Andrew Seitz (UAF), Michael Courtney (UAF), Julie Nielsen (Kingfisher Consultants), and Dion Oxman (ADF&G). 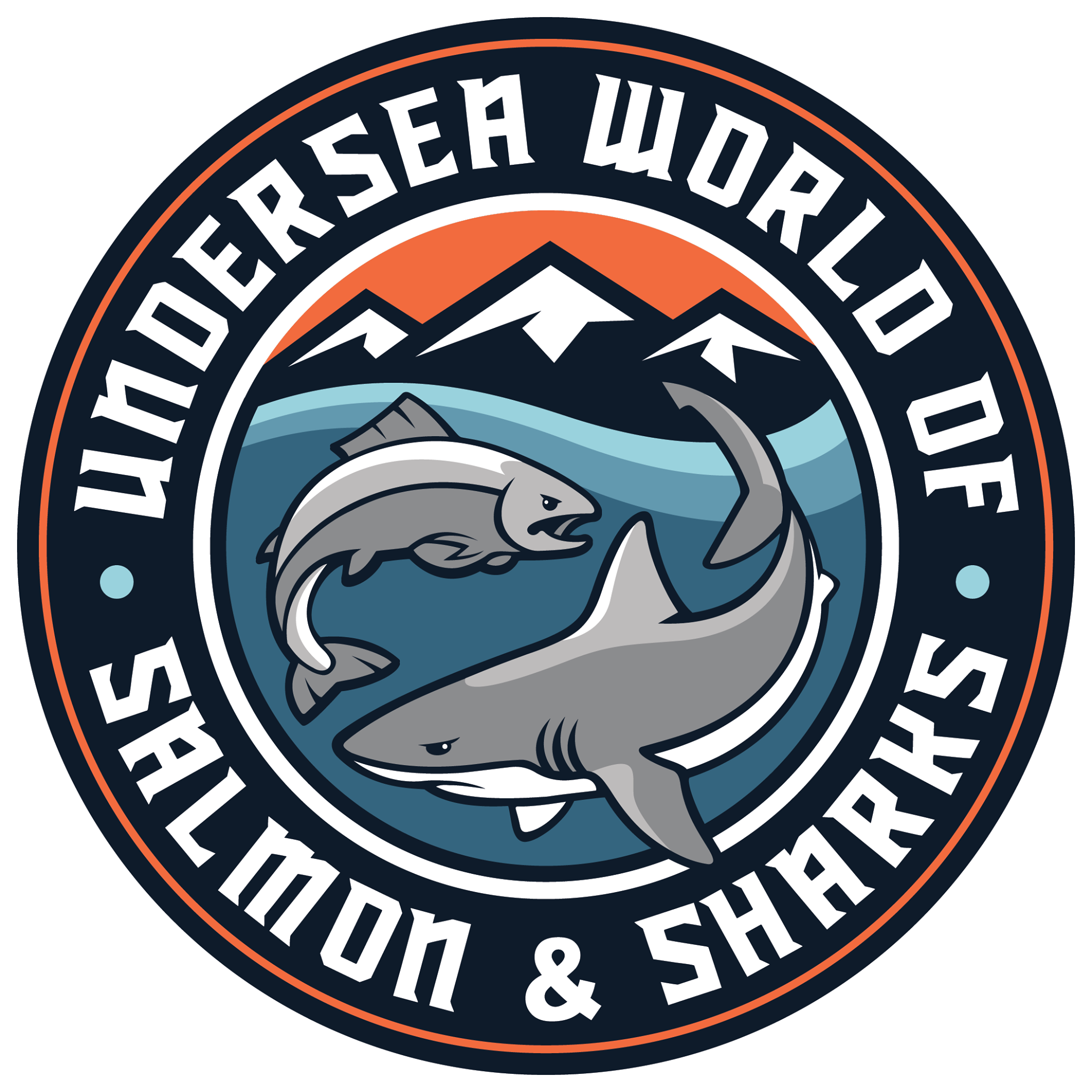 Sabrina Garcia is a marine research biologist for Alaska Dept. of Fish and Game based in Anchorage. In the summer, she can be found on ships in the Bering Sea studying the early marine ecology (abundance, distribution, and diet) of juvenile salmon.